Please, NBC, let us choose our audio for the Olympics, especially the opening

The Olympics are coming up, and I have a request for you, NBC Sports. It's the 21st century, and media technologies have changed a lot. It's not just the old TV of the 1900s. 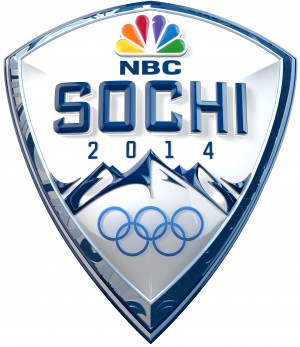 Every year, you broadcast the opening ceremony, which is always huge, expensive and spectacular. But your judgment is that we need running commentary, even when music is playing or especially poignant moments are playing out. OK, I get that, perhaps a majority of the audience wants and needs that commentary. Another part of the audience would rather see the ceremony as is, with minimal commentary.

So please give us the audio without your announcers on one of the alternate audio channels. Give us their commentary on a caption channel, so if we want to read it without interfering with the music, we can read it.

If you like, do a channel where the commentary is only on the left channel. Clever viewers can then mix the commentary at whatever volume they like using the balance control. Sure, you lose stereo, but this is much more valuable.

I know you might take this as an insult. You work hard on your coverage and hire good people to do it. And so do it -- but give your viewers the choice when the live audio track is an important part of the event, as it is for the opening and closing ceremonies, medal ceremonies and a few other events.

Do you agree with me? Possibly share your opinion with nbcolympicsfeedback@nbcuni.com.

You are not alone. I remember thinking this during the '08 Olympics in China. Beautiful music, wonderful visuals, but having the announcers interrupting to describe the symbolism was annoying. Streaming it, announcer free on the web might be acceptable. You could mute the TV, showing the closed captions if desired, then pipe in the audio from a second source.

It would be difficult to get it synchronized. Not that perfect sync is needed of course, except perhaps on singing. The audience is in a space where sound can take half a second to cross the arena.

CBC is good about that

CBC has been VERY good with all sorts of TV coverage in that respect. The commentators know when to shut up and let the event unfold and when to add commentary. They sure ain't perfect, but they are a hell of a lot better than most US commentators that I've watched.

I would PAY to see favourite episodes of the long-since shark-jumped Big Bang Theory without a lousy laugh track. I'm sure the technology exists to bring us an alternate track. Even if it's on DVD... is this even an option?

But, yes, agreed. I watch news on CBC in Canada and it's not as bad as the nauseous American feeds I've seen.