Back from 5 weeks of international travel, I continue to seek the best solution in my quest for reasonably priced data service when outside the USA.

Data has become a must for me when on the road. In spite of the fact that we all lived without it a decade ago, I find it very frustrating if it's not available (or priced at $15,000 per gigabyte, which is the typical default roaming rate.) It's how I find directions, food, tourist info and keep in touch with others.

For a while my normal practice, if in a country for more than a few days, has been to purchase a local SIM card, and of course to have an unlocked GSM phone. Usually local SIMs are now available with 500mb to 1gb of data for $10 to $20. There are various web sites that list the local data providers to help you choose. The best prices tend to come from the MVNOs -- not the main incumbent carriers -- but even the big carriers tend to have decent prepaid deals. These usually come with some voice minutes and texting. This is useful though I don't do a lot of voice minutes when overseas due to time zones. I use them to reach local friends, book hotels, check restaurants, and with my companion. 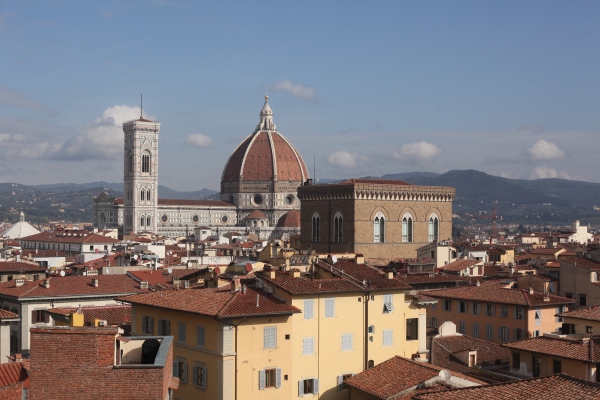 Annoyingly, though I have bought many of these SIMs, even for data, it's not nearly as nice and easy as it should be. A large fraction of the time, something goes wrong.

The hassles of local SIMs

So the big exciting news in October was T-mobile USA's new simple choice plan, which I immediately converted to the day it started. This plan offers:

This is a huge win, particularly because it's working a few minutes after your plane lands (normally.) No hassles, nothing to change, using your regular number. The one downside is that it can be more expensive for locals to call and text you on the US number from their own phones.

The big catch is that the data is indeed very slow for those used to 3G or 4G. The slow data is quite fine for all your background operations, such as your e-mails, and tolerable for apps that are well designed to use compact data to and from their servers. Big heavy web pages become very painful to use, and certain apps that should know better use too much data and become a pain.

The one particular app that should do better is Google maps and navigation. Google maps is able to cache local maps once loaded, which means you can even use it offline, but that also means it should be quite usable on 2G data. But it isn't. Extra functions like pointing to an item on the map to look up what it is and navigate to it take immense amounts of time. I can't figure out why they are sending so much data. (I think that when you click on a location, maps must be trying to suck down everything it will need in advance to navigate, because it needs to keep navigating if you go offline, as you often do on road trips.) Some clever re-coding and data compression would help a lot here.

Some web pages (including Google search) are tolerable. Some are not. There is a new beta version of the Chrome browser that features data compression which is useful, and a general compressing proxy for everything would be a good idea. If it weren't for the fact that I try to do everything I can via https in our NSA-ruled world, and proxies can't compress that.

You can always consider the $15/day option for faster data. This is an annoying price. It's enough that one day matches the cost of a local SIM, so if you want more than one day, it is not very economical. It's aimed at the fact that many hotels charge more than $15/day for crappy hotel internet, and this can be a better option, though technically they don't allow tethering. Still, for a 1-2 day trip, this can be a good option to keep you in fast data.

You should also note that most USA LTE phones won't do LTE outside the USA, except in a few locations. However, HDSPA roaming is fast and not hard to find.

While Sprint's newest CDMA-LTE phone are also GSM phones, Sprint has no history as a GSM/SIM card company, and does not yet have systems in place to easily unlock or let these phones roam. Another issue: T-mobile has probably the smallest network footprint in the USA, which is often a serious issue. (Sprint's is smaller but they roam on Verizon.)

Some carriers offer pre-bought data packages, so you can pay a lower roaming rate. Good, but not nearly as good as T-mobile's deal which will be the new standard. Some overseas companies are starting to do similar deals, though only on postpaid SIMs, not on prepaid. AT&T lets you add a $30/month plan which gives 120mb, with extra data at the same right. More expensive plans can get you slightly better, but if you don't remember to add and remove this plan as needed, you're going to still pay a lot -- and even this $250/gigabyte rate is hardly a bargain compared to the $10/gigabyte price common in local SIMs.

Ordinary consumers could never afford these prices (and especially the default of $15,000 per gigabyte.) The problem is that some corporate expense accounts tolerate this for people on business trips, and because the companies can get this kind of crazy money, they are not motivated to change.

Getting 2G speeds to be tolerable

I found the 2G service to be generally usable on short trips. It gave me my E-mail and various apps back. With pre-loaded maps, and offline versions of things like tripadvisor, and occasional visits to wifi zones, you can do quite well. However, I did not find it was adequate for road-trip driving, including lots of searching and attempts to use navigation. There you want faster speed, and you can use the $15/day plan for short road trips. But it's still worth it to get a local SIM if you plan a major road trip, or a week or more in a country.

The idea of giving cheap data at low speeds will probably fade with time, and we'll move to a world of more decent roaming contracts. I hope so. However, until we do, I would love to see providers work to make low speed data tolerable to use. This is a good idea in the poorer nations of the world where people will accept low speed data to save money.

One minor issue -- to use this service, you must turn on "data roaming" so if you leave it on and go to a country where T-mobile does not have a deal, expect a shock. However, they send you a text if you use more than $50 (which means just a couple of hours) and you also get texts about the rates when you land.

I should also point out that even the new plan is not perfect. When I landed in Argentina, it would not do data, and I needed to call T-mobile customer service to learn that I needed to enter a special dial-code -- just turning on data roaming was not enough on that carrier.

How to make a local SIM work

There are companies that will sell you prepaid SIMs in advance, and send them to your home or hotel. They add quite a mark-up. There are also "euro sims" that provide a tolerable (but high) rate in several countries rather than a nice rate in a home country. But they don't beat the T-mobile plan.

If you do want to use the local SIM approach -- which still gives the best results -- what is needed is a service that does a few tricks for you:

This app would, the moment you landed in a new country, use your GPS and pre-loaded data to direct you to where to buy a SIM, tell you what to ask for, and set up everything once you stuck it in the phone. And you would be off and running with the low cost and high speed data of a local SIM and something closer to the convenience of the T-mobile low-speed plan.

hotspot is a easy universal solution

many airports have outfits that offer wifi hotspot rental. I find that keeping one of these in my backpack with a big battery is something that makes all my phones and WiFi devices work. With no complicated setup or risk of confusion!
It can be more affordable. But the auxiliary USB battery is key if you plan to rely on it full time.