Many of you will have read of the tragic fire which destroyed the National Museum of Brazil. Many of the artifacts and documents in the museum were not photographed or backed up, and so are destroyed forever.

I have so much paper that I've been on a slow quest to scan things. So I have high speed scanners and other tools, but it remains a great deal of work to get it done, especially reliably enough that you would throw away the scanned papers. I have done around 10 posts on digitizing and gathered them under that tag.

Recently, I was asked by a friend who could not figure out what to do with the papers of a deceased parent. Scanning them on your own or in scanning shops is time consuming and expensive, so a new thought came to me.

Set up a scanning table by mounting a camera that shoots 4K video looking down on the table. I have tripods that have an arm that extends out but there are many ways to mount it. Light the table brightly, and bring your papers. Then start the 4K video and start slapping the pages down (or pulling them off) as fast as you can. 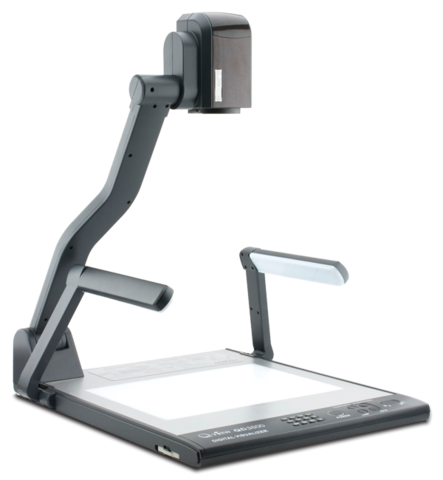 There is no software today that can turn that video into a well scanned document. But there will be. Truth is, we could write it today, but nobody has. If you scan this way, you're making the bet that somebody will. Even if nobody does, you can still go into the video and find any page and pull it out by hand, it will just be a lot of work, and you would only do this for single pages, not for whole documents. You are literally saving the document "for the future" because you are depending on future technology to easily extract it.

Back in 2008, I proposed the idea of a scanner club which would share high-end scanning equipment to rid of houses of the glut of paper. It's a harder problem than it sounds. I bought a high-end Fujitsu office scanner (original price $5K, but I paid a lot less) and it's done some things for me, but it's still way too hard to use on general scanning problems.

Back at the start of this blog, in 2004, I described a product I wanted to see, which I called the Paperless Home Scanner. Of late, several companies have been making products like this (not necessarily because of this blog of course) and so I finally picked one up to see how things pan out.

Because I'm cheap, I was able to pick up an asian made scanner sold under many brand names for only $38 on eBay. This scanner sometimes called the Handyscan or PS-4100 or similar numbers, can also be found on amazon for much more.

The product I described is a portable sheetfed scanner which runs on batteries and does not need to be connected to a computer because it just writes to a flash card. This particular scanner isn't that because it's a hand scanner you swipe over your documents. For many years I have used a Visioneer Strobe, which is a slow sheetfed unit that has to be connected to a Windows computer. I found that having to turn the computer on and loading the right software and selecting the directory to scan was a burden. (You don't strictly have to do that but strangely you seem motivated to do so.) The older scanner was not very fast, and suffered a variety of problems, being unable to scan thermal paper receipts (they are so thin it gets confused) and having problems with even slight skew on the documents.

I was interested in the hand-scanner approach because I presumed there had been vast improvements using the laser surface scanning found in mice. I figured a new scanner could do very good registration even if you were uneven in your wanding. Here are some of my observations:

As digital cameras have developed enough resolution to work as scanners, such as in the scanning table proposal I wrote about earlier, some people are also using them to digitize slides. You can purchase what is called a "slide copier" which is just a simple lens and holder which goes in front of the camera to take pictures of slides. These have existed for a long time as they were used to duplicate slides in film days.

I have several sheetfed scanners. They are great in many ways -- though not nearly as automatic as they could be -- but they are expensive and have their limitations when it comes to real-world documents, which are often not in pristine shape.

As I move to get more paper out of my life, one thing I'm throwing away with more confidence is manuals. It's pretty frequent that I can do a search for product model numbers or other things on a manual, and find a place to download the PDF. Then I can toss the manual. I need to download the PDF, because the company might die and their web site might go away.

I'm scanning my documents on an ADF document scanner now, and it's largely pretty impressive, but I'm surprised at some things the system won't do.

Double page feeding is the bane of document scanning. To prevent it, many scanners offer methods of double feed detection, including ultrasonic detection of double thickness and detection when one page is suddenly longer than all the others (because it's really two.)

I've accumulated tons of paper, and automated scanner technology keeps getting better and better. I'm thinking about creating a "Scanner club." This club would purchase a high-end document scanner, ideally used on eBay. This would be combined with other needed tools such as a paper cutter able to remove the spines off bound documents (and even less-loved books) and possibly a dedicated computer. Then members of the club would each get a week with the scanner to do their documents, and at the end of that period, it would be re-sold on eBay, ie.

A lot of people want to catalog their extensive libraries, to be able to know what they have, to find books and even to join social sites which match you with people with similar book tastes, or even trade books with folks.

After going through the VHS to digital process, which I lamented earlier I started wondering about the state of digitizing old vinyl albums and tapes is.

There are a few turntable/cd-writer combinations out there, but like most people today, I'm interested in the convenience of compressed digital audio which means I don't want to burn to CDs at all, and nor would I want to burn to 70 minute CDs I have to change all the time just so I can compress later. But all this means I am probably not looking for audiophile quality, or I wouldn't be making MP3s at all. (I might be making FLACs or sampling at a high rate, I suppose.)

What I would want is convenience and low price. Because if I have to spend $500 I probably would be better off buying my favourite 500 tracks at online music stores, which is much more convenient. (And of course, there is the argument over whether I should have to re-buy music I already own, but that's another story. Some in the RIAA don't even think I should be able to digitize my vinyl.)

For around $100 you can also get a "USB turntable." I don't have one yet, but the low end ones are very simple -- a basic turntable with a USB sound chip in it. They just have you record into Audacity. Nothing very fancy. But I feel this is missing something.

Just as the VHS/DVD combo is able to make use of information like knowing the tape speed and length, detecting index marks and blank tape, so should our album recorder. It should have a simple sensor on the tone arm to see as it moves over the album (for example a disk on the axis of the arm with rings of very fine lines and an optical sensor.) It should be able to tell us when the album starts, when it ends, and also detect those 2-second long periods between tracks when the tone arm is suddenly moving inward much faster than it normally is. Because that's a far better way to break the album into tracks than silence detection. (Of course, you can also use CDDB/Freedb to get track lengths, but they are never perfect so the use of this, net data and silence detection should get you perfect track splits.) It would also detect skips and repeats this way.

In my home I now have a "home computer", for a while in the kitchen, now in the living room. Of course I have had computers in my home since the 70s, but this one is different. It's an old cheap laptop I picked up, not powerful at all. What's different is how I use it.